On June 25, 2020, composer Marga Richter passed away peacefully at age 93. Her story is one of breaking glass ceilings, paving a new path, and creating truly great music. We are humbled to have been a part of her music-making story.

PARMA composer and friend of Marga’s, Rain Worthington, wrote the following tribute to the life and work of one of the 20th Century’s pioneer composers:

Marga Richter’s son Michael sent me the heartbreaking news of the passing of my best friend, composer Marga Richter.

Marga lived each day of her 93 years completely on her own terms. She was lucid and still composing new works until her last days. She passed peacefully of natural causes at her new home in Barnegat, NJ on June 25, 2020.

I first met Marga at a meeting of New York Women Composers members. I entered the room late and took the one empty seat next to hers. She told me her name and asked who I might be. When I replied, she exclaimed “Wonderful! You are the reason I came to the meeting – I wanted to meet you.” That got my attention. We instantly became part of each other’s lives. 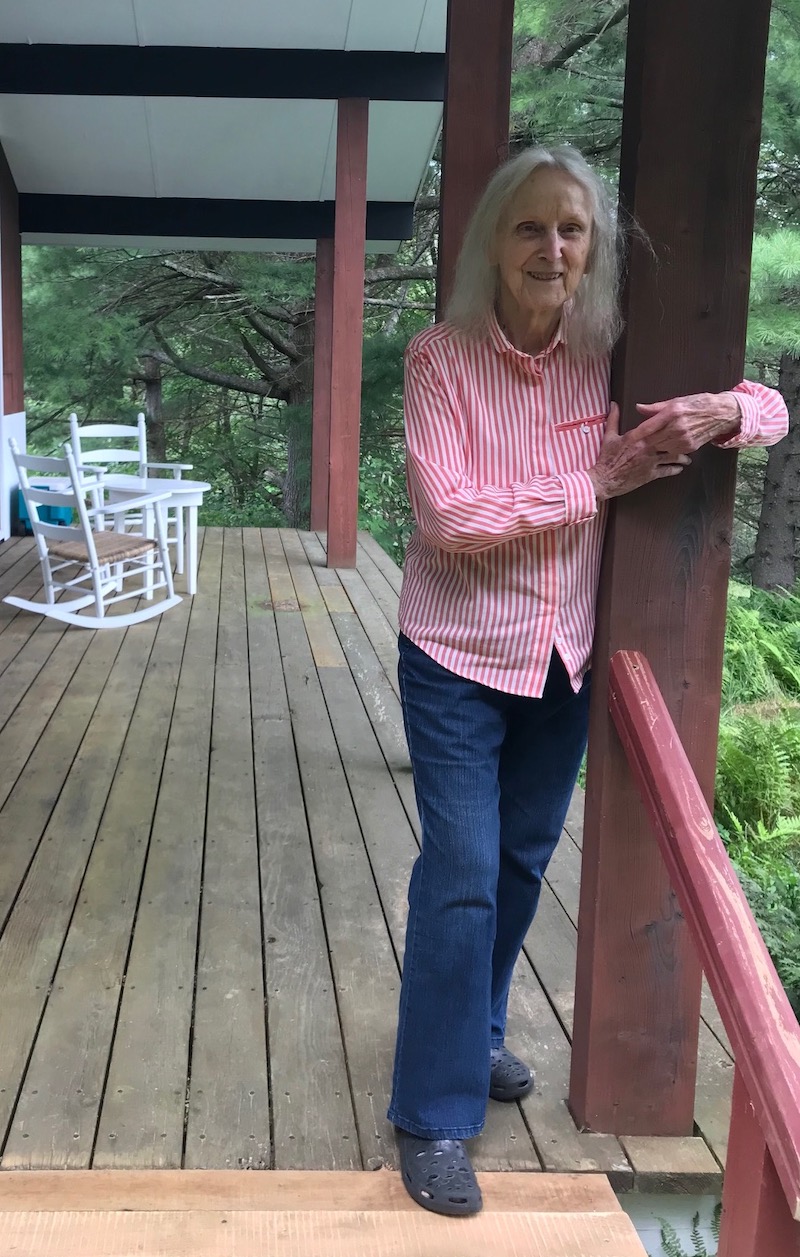 Marga was an extraordinary woman and composer. She was one of those rare people whose sense of self-worth and unshakable belief in the value of her work were the essential core of her being. Often within minutes after meeting Marga you would learn that she was a composer, not because of an arrogance, but rather because of her genuine enthusiasm to share her gift of music with you. And, reciprocally, within minutes she would also be interested to discover if music had been a part of your life. After meeting a new doctor, or new person during her long walks, or a helpful clerk in a grocery store, she would relay with great delight that they had studied piano when they were six, or they took band in high school, or their child had just taken up cello! etc. And, she would invite them to her house to play her music for them or send them her scores and CDs.

She will be missed by so many who accepted her invitations to visit her in Long Island or in Vermont during summers.

She approached life as a “take it as it comes” adventure, with passion and openness to experiences. I never recall Marga exhibiting any sense of fear. She approached situations with an open curiosity as “Hmm, I wonder where this will lead?” And in response, whenever she needed help, perfect strangers appeared on the scene who were willing to drop whatever they were doing to help her find her way through the subways or streets. She was a force of nature and brought out the best in others. She enriched lives.

Marga was a pioneer, pursuing composition with conviction when there were few women composers attempting to enter the field. Importantly, her music was recognized as substantially significant and began to be performed by orchestras and recorded by prestigious classical labels, such as MGM Records. Her music is dramatic, personal, emotionally charged chromaticism (not 12-tone) combined with strong tonal centers, modal orientation, strong rhythmic drive. Music was her primal language, her spiritual path through which she shared her elemental emotional experiences. From within her open, unguarded approach to life, she was able to plumb the deepest complexities and depths of human emotion in her profound music.

I will deeply miss her friendship and active presence in my life, as will the many others whose lives she touched.

Personal condolences and remembrances to Marga’s family can be emailed to her son Michael Skelly at: ms51@columbia.edu

To get to know her more, please explore these other links: