The Inside Story: Alan Rinehart and SYLVIUS LEOPOLD WEISS

The lute often conjures images of medieval bards and travelling troubadours, but the instrument’s repertoire extends long beyond the Dark Ages. On SYLVIUS LEOPOLD WEISS, guitarist and lutist Alan Rinehart pays tribute to the composer’s legacy of the high Baroque, bringing to light a collection of works that were overshadowed by the keyboard works of his contemporaries.

Today, Alan is our featured artist in “The Inside Story,” a blog series exploring the inner workings and personalities of our composers and performers. Read on to learn about his in-depth preparation process for performances, and his advice to musicians on finding their own voice…

I have never pretended to be a composer but I do keep my ears on alert for music that would adapt well to the guitar, and from that I will undertake making an arrangement or transcription that involves some of the same tasks that a composer would face. When I was part of a guitar quartet, I was very active in finding and arranging music for the group. There are many facets to finding music that inspires me. Does it “sit” well on the guitar? Sorry to be a bit spacey but, regarding the sound and feel, is the guitar “happy” voicing the music? Does the piece have the potential to fit into a program idea? I do a lot of exploring of scores and it is always fulfilling to find a hidden gem!

There are really two threads that I can take in answering this one. A fantasy of mine is to spend some time in the company of musicians from the past, either as a student, a fellow musician, or just a “fly on the wall.” A few on my bucket list would include Bach — both JS and other members of his family — and guitarists Fernando Sor, Mauro Giuliani, and Francisco Tarrega, and lutenists John Dowland, Francesco da Milano, and — of course — Sylvius Leopold Weiss. Contemporary musicians that I would like to work with include the Los Angeles Guitar Quartet and Renée Fleming, but there are many others!

Don’t be afraid to follow your passion and curiosity. Work toward finding your own voice by being open to many influences, musical and non-musical. Seek the best instruction available to you to help you hone your skill as a musician and try to avoid over focusing on the often myopic world of your own instrument. The guitar is a very solo oriented instrument — at least classical guitar is — and it is very easy to get absorbed in the solo repertoire and the demands of a potential career as a soloist, but young guitarists should spend a lot of time working with other musicians (non-guitarists) in all forms of chamber music settings. Find excellent people to play with!

The music of Weiss deserves to have a place among the top caliber repertoire of the high Baroque, and that includes Bach and Handel. There are many, many fine lutenists and guitarists who have performed and recorded Weiss’s music, but the quantity and quality of his compositions warrant repeated examination. I hope that this little slice of his work will please listeners and encourage further exploration of Weiss’s musical output.

I will answer this for solo performing as chamber music performances usually involve a different preparation due to the logistics and expense of involving a number of professionals. Finding time for rehearsals can be a particular difficulty with orchestral performers, so every minute counts! Knowing your part well is an essential basic, and rehearsal time can be pretty short before a concert. For more casual solo performing, I keep a repertoire of some of the favourites at hand as well as a well stocked gig book of different styles. My regular 2 to 4 hours of daily practice means that I can be ready to perform at short notice, but I do have an “ideal” strategy of preparation if time permits. Start with a clear idea of the program; how long will the performance be? Will it concentrate on a style or composer, etc. Once the program is decided upon, I work out the complete pieces for interpretation and then fingering, articulation, and dynamics so that I have a good “rough out” of the complete program. Then I will not perform or practice the entire pieces for some time, weeks, or even months. I just work on details, difficult passages, or a bit of re-fingering things that just aren’t working. It’s important to let a piece sit for a while — mentally practicing is OK — as it is very easy to burn out by over practicing a piece.

That’s a hard one, of course the giants of music in general are always a great resource of style, technique, and interpretation, even if you don’t always agree with them! The guitar world has Andres Segovia, Julian Bream, and John Williams as the most well known to the general public, but there are so many others that have made huge contributions over the years. One of my favourites among contemporary classical guitarists is Jan Depreter. He has a wonderful command of the colours of the guitar and he has a very fine interpretive voice. 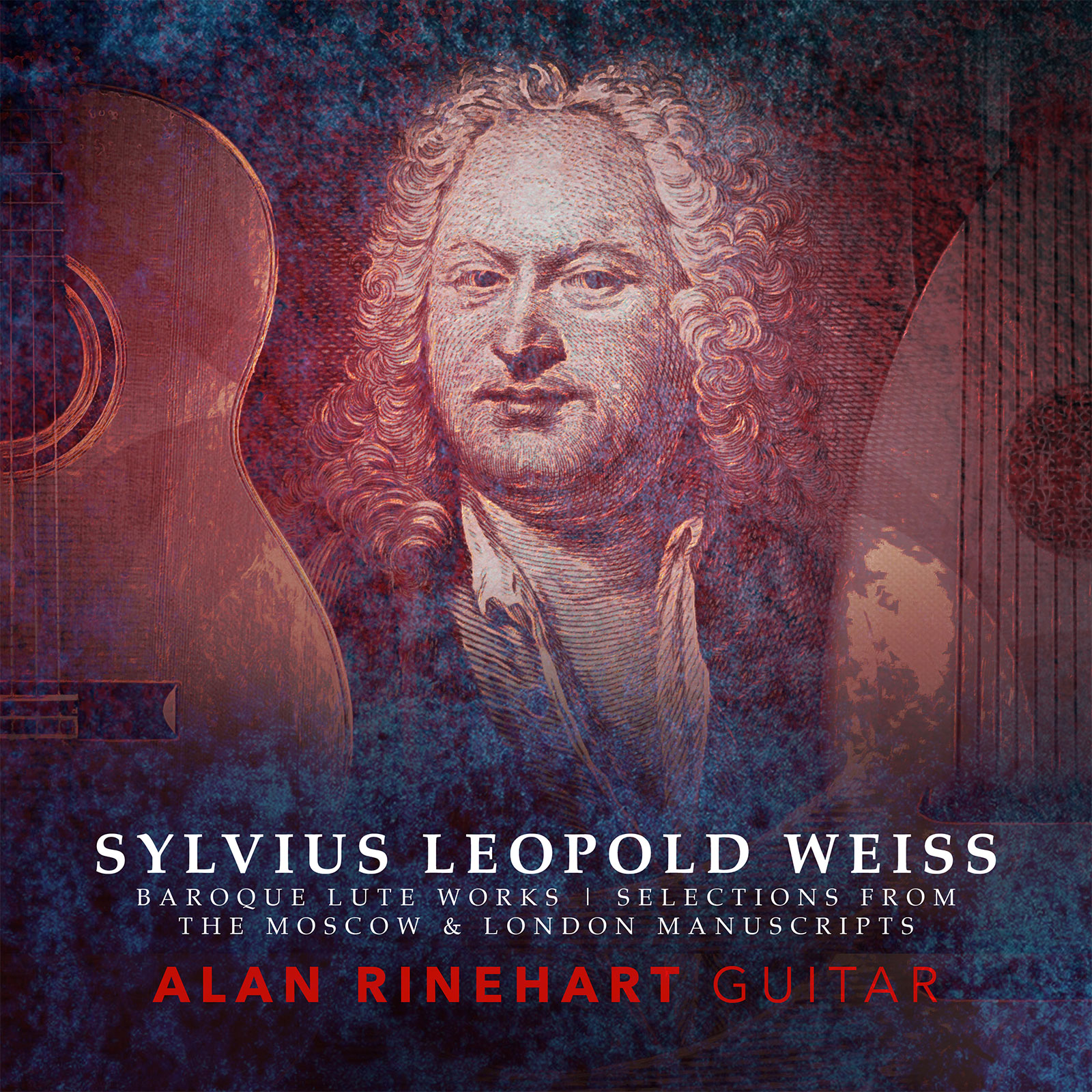 SYLVIUS LEOPOLD WEISS is available now from Ravello Records. Click here to visit the catalog page and explore this album.