Trio Casals presents a program of emotional work by Joanna Estelle and the late Jacob E. Goodman, performed on stage at West Chester University. Featuring the piano trio alongside flutist Kimberly Reighley, the program explores the heartbreak of tragic loss in Estelle’s Bobby’s Song as well as the familiar melancholy and comfort of a rainy day in Goodman’s Variations for a Rainy Afternoon. 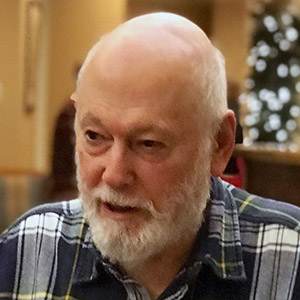 Jacob E. Goodman (November 15, 1933 – October 10, 2021), founder of the New York Composers Circle in 2002, was Professor Emeritus of Mathematics at the City College of New York. He studied musical composition with, among others, Ezra Laderman and David Del Tredici. His works have been performed in Delaware, Nebraska, Toronto, Buenos Aires, and Tokyo, and various venues in both New York City and the Bay Area of California. Recent compositions include a set of variations for piano trio; three song cycles; a set of variations for orchestra on a Beethoven theme; a quintet for flute, piano, and strings; a set of intermezzi for piano; a prelude for saxophone and piano; two sets of variations for piano; a duo for cello and piano; a string quartet; and three bagatelles for piano; as well as the score for the documentary film Meet Me at the Canoe, produced for the American Museum of Natural History by his daughter Naomi Goodman-Broom. 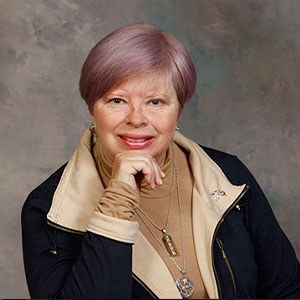 Joanna Estelle (Joanna Estelle (Storoschuk) is a Canadian composer, lyricist, and arranger whose music has won critical acclaim from Parliament Hill, Ottawa to London (UK), Barcelona (Spain), and elsewhere around the world. Estelle studied classical piano and theory with the Royal Conservatory of Music (Toronto) as a youth, but her parents dissuaded her from pursuing music as a career. Instead, she graduated with degrees in Psychology and English (Brock, ’72), then went on to study Certified Management Accounting. However, her enthusiasm for music never waned. While building a successful professional career in Canada’s federal public service, Estelle channeled her creative energies into composing songs by studying modern piano, advanced theory, and arranging in her free time. She completed an undergraduate degree in music after eight years as a part-time special student at University of Ottawa, graduating summa cum laude on the Dean’s list as winner of the Faculty of Art’s silver medal (2009).

After leaving the public service, Estelle completed the M.A. Music Programme at York University, Toronto (2009-2011), benefitting from the tutelage of choral conductor Dr. Lisette Canton and pianist Christina Petrowska Quilico, as well as composer Larysa Kuzmenko (University of Toronto). She became a Melodious Accord Fellow of the renowned American choral composer Alice Parker and completed Dr. Neil Douglas-Klotz’s Abwoon Interspiritual Leadership Program. She was a doctoral candidate in composition through the University of Sheffield (UK) from 2016-2018 with her research focused on exploring the relationship between spirituality, science, and creativity, particularly as applied to choral and vocal music. This preliminary work led to a change in direction for Estelle: she is currently completing a Byzantine liturgical song cycle that began as a doctoral assignment but has evolved into a major touring and recording project for the Ewashko Singers (Ottawa).

Among Estelle’s many accomplishments, her work has been arranged and orchestrated for performance and recording by artists and choirs in Canada, the United States, and Europe, as well as broadcast on CBC. Two of her choral compositions were premiered at Canada’s National Arts Centre in Ottawa as part of the UNISONG festival on Canada Day (2004 and 2009). Her music is often included in recitals by the Dominion Carillonneur from the Peace Tower, Parliament Hill, Ottawa, and her choral works are published by Cypress Choral Music (Vancouver). A member of the Canadian League of Composers (CLC) and an Associate Composer of the Canadian Music Centre (CMC), Estelle served on the board of the Association of Canadian Women Composers (ACWC) for many years to help promote their work internationally. She also established the Joanna Estelle Commemorative Scholarship Fund as a bequest to the University of Ottawa to encourage other women to find their musical voices.

In 2018, PARMA Recordings released Estelle’s first international album EMERGENCE on the Navona label. Upon completion of her song cycle project, she will continue writing additional new material for her upcoming second album. 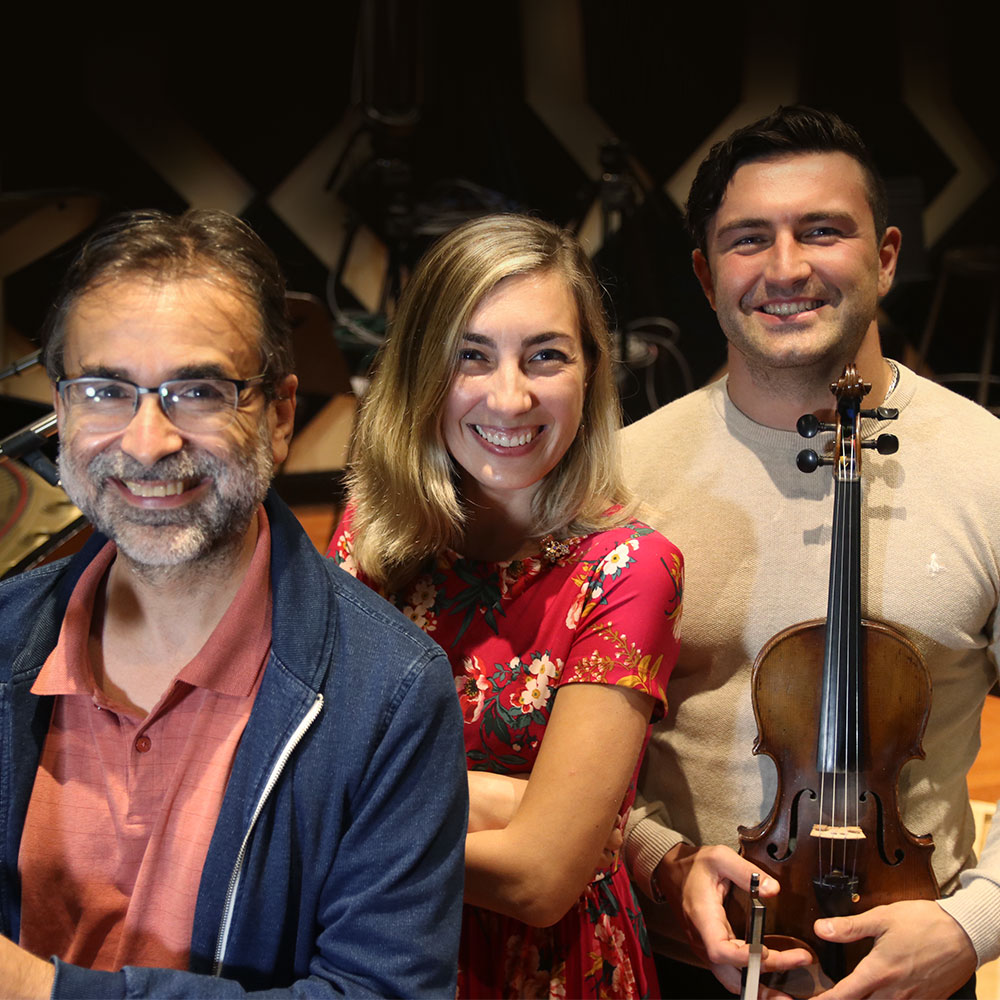 Since making a highly acclaimed debut at the 1996 edition of the Pablo Casals Festival in Puerto Rico, Trio Casals has delighted audiences with spectacular virtuosity, engaging enthusiasm, and exquisite musical elegance. During the 2020-21 season, Trio Casals recorded their sixth and seventh albums for Parma Recordings with new violinist Alexandr Kislitsyn, who continues the great tradition established by Sylvia Ahramjian. MOTO ETERNO was released to critical acclaim in the spring of 2021 and will be premiered in concert in Weill Hall at Carnegie Hall. The Trio’s A GRAND JOURNEY was released September 2021 on Navona Records.

Trio Casals performs regularly in Weill Hall (2016, 2018, 2019, 2020), has concertized in the Rachmaninov Hall of the Moscow Conservatory, Holywell Room in Oxford, England, at the Academy of Music in Philadelphia, and has toured China and Romania. Recent guest appearances include concerts for the Syracuse New Music Society (NY), Union College IN Schenectady (NY), Lewes Chamber Players (DE), and Kendal Concerts (PA). Other notable previous engagements include a week-long collaboration with the Nashville Ballet and composer Michael Kurek, appearances in the Triple Concerto by Beethoven with the Helena and Southeastern PA Symphonies, and concerts in Pennsylvania, New York and Delaware.

Trio Casals has created original programs that juxtapose the great classical tradition of Beethoven, Brahms, Dvorak, and Tchaikovsky with new works written by American composers, such as Paul Schoenfield, Michael Kurek, George Rochberg, Hilary Tann, and over 30 other contemporary composers, of whom many have written for Trio Casals: Diane Jones, L Peter Deutsch, Joanna Estelle, Clive Muncaster, David Nisbet Stewart, Nicolas Ascioti, Brian Noyes, and Joanne D. Carey, to name a few. The trio often plays the works of Astor Piazzolla, who brought the Argentine tango from the dance halls onto the concert stage. In addition to its performing schedule, Trio Casals is committed to music education, offering regular master classes at schools and colleges. Its members have played in shelters for victims of domestic abuse, nursing homes, and hospitals, and all three have a distinguished career as soloists.