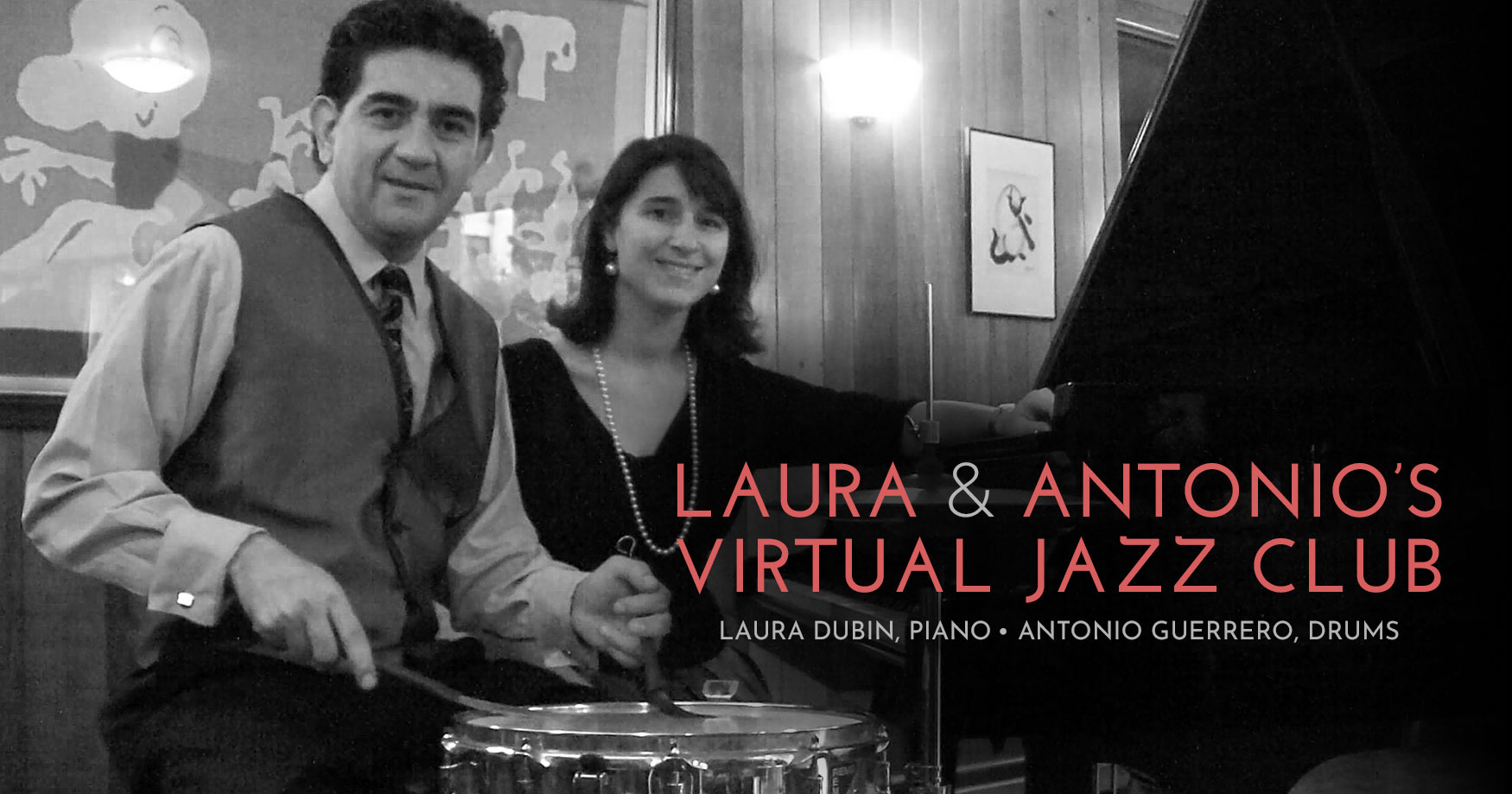 Welcome to Laura & Antonio’s Virtual Jazz Club, where everyone has a front row seat and no tickets are required!

Pianist Laura Dubin and drummer Antonio Guerrero are a husband-and-wife jazz duo based in Rochester NY. They began their nightly livestream concert series, Laura & Antonio’s Virtual Jazz Club, on March 16th, 2020, and have performed every single night since its inception – over 500 consecutive livestream concerts! You’ll hear a variety of original compositions, fresh arrangements of Great American Songbook tunes and standard jazz repertoire, and reimagined jazzed-up renditions of classical music. The Virtual Jazz Club streams simultaneously on Facebook and YouTube at 8:30 pm ET every night, and will be mirrored on PARMA Live Stage Thursday, September 16th.

Concerts are always free to watch; however, you may visit https://www.lauradubin.com/musicstore.html if you’d like to become a Patron of Laura & Antonio’s Virtual Jazz Club. 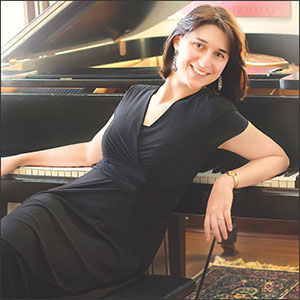 For the outstanding pianist/composer Laura Dubin, the serious pursuit of jazz expression began at the age of 12 in her native Rochester, NY. In 2007 she embarked on a 7-year journey of study and performing that brought her to various points in the U.S. and Latin America; and now Laura’s path has come full circle to her hometown.

With her husband and musical partner Antonio H. Guerrero – who she met during her 15-month stint with a jazz trio on Holland America Line cruise ships touring Europe, French Polynesia and the Caribbean; and with whom she performed consistently in clubs, major venues and festivals with her trio in and around her new home in Mexico City – Laura returned to Rochester in 2014, quickly becoming a thriving member of its cultural scene both as a performer and educator.

After two years as a popular and much sought-after ensemble, the trio reached a new plateau with a triumphant featured performance at the prestigious Xerox Rochester International Jazz Festival in 2016; they also performed at the festival in 2017 and 2019. The 2016 performance was recorded, and then released in late 2016. Following her two previous acclaimed albums – 2013’s Introducing the Laura Dubin Trio, and Laura Dubin Plays the Great American Songbook in 2015 – Laura Dubin Trio Live at the Xerox Rochester International Jazz Festival is undeniable evidence of the development of a highly promising young musician into a mature and powerful new presence on the contemporary jazz scene. Where her debut album included ten original compositions and the second featured her original arrangements of ten classic songs by Gershwin, Porter, Rodgers and other legends of song, the live album combines her outstanding composing and superb arranging skills to reveal an artist of depth, command and originality – further expressed through her own unique take on the “mashup” concept.

A virtuoso pianist extensively trained in both the Classical and Jazz traditions, and well-versed in Latin and film music, Laura melds all of her musical loves into a seamless web of breathtaking creativity and adventurous exploration throughout the live album, providing a vivid example of her in-person performance concept. Mozart steeped in the history of jazz piano; Beethoven welded with Songbook gems; Ellington with Chopin; Debussy with Gershwin; Ravel with Rodgers & Hammerstein tinged with Latin; Cole Porter with Bill Evans – all reinvented, re-imagined and forged into very personal statements placed alongside her own singular compositions.

While fully committed to performing and composing – with more than 50 compositions in her book to date, citing Oscar Peterson, Horace Silver, Fred Hersch (with whom she has had a mentoring relationship since high school and up to the present), Bill Evans, Marian McPartland, Dave Brubeck, Erroll Garner, McCoy Tyner, and Chick Corea among her deepest influences – Laura is also dedicated to teaching both in the institutional format through workshops and master classes from the elementary to the collegiate level, along with teaching privately. She is currently teaching online lessons through her studio, Laura’s Virtual Lessons. Although her private students range in age from pre-schoolers to octogenarians, she has a special passion for helping to mold young minds in both the appreciation and the act of artistic expression.

In March of 2020, Laura and Antonio launched their own Virtual Jazz Club, live-streaming concerts every night at 8:30 pm Eastern Time. Concerts are streamed to Laura’s Facebook page and YouTube channel.