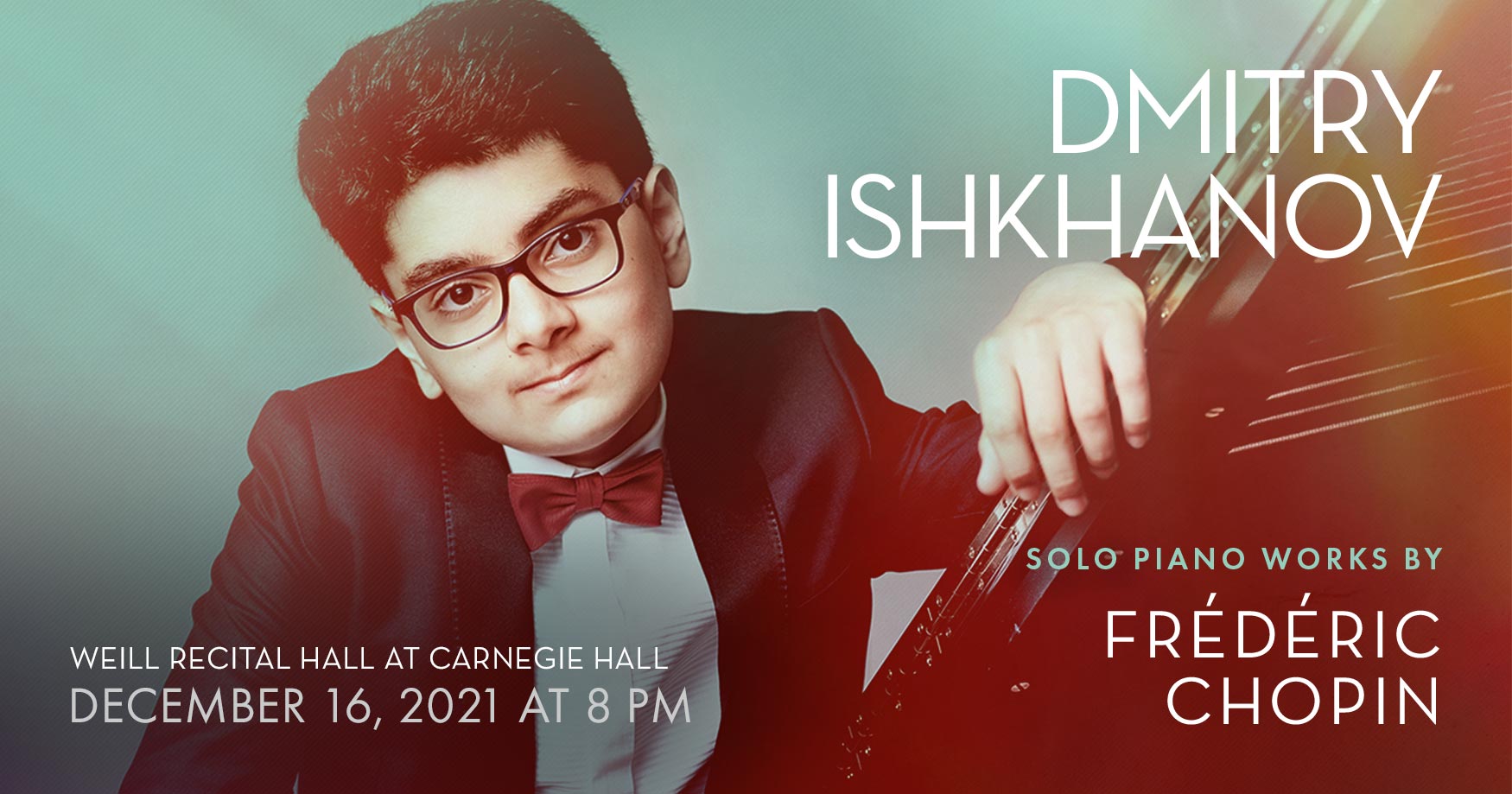 Following his first performance at Carnegie Hall’s Stern Auditorium / Perelman Stage with Distinguished Concerts Orchestra at age 14, Dmitry Ishkhanov returns to Weill Recital Hall at Carnegie Hall to celebrate his album release with Navona Records. Ishkhanov performs his interpretation of Chopin’s challenging repertoire, a collection of works he cites as Chopin’s most meaningful: The four Mazurkas of Op. 17, Nocturne in C-sharp minor of Op. 27, and the Etudes of Op. 25. 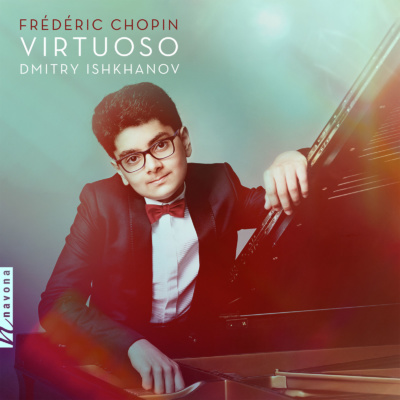 VIRTUOSO is available from Navona Records. 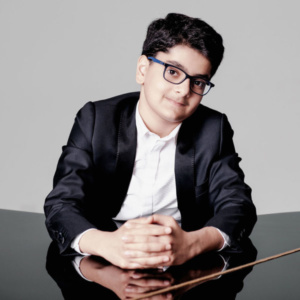 Apart from showing incredible potential, Ishkhanov already demonstrates mature and unique artistic capabilities. Amongst his biggest accomplishments, at the age of 14 Ishkhanov debuted in Carnegie Hall Stern Auditorium performing Beethoven’s Piano Concerto No. 2 with the Distinguished Concerts Orchestra and conductor Miran Vaupotić. Furthermore, in September 2016, at the age of 11, Ishkhanov represented Malta at the Eurovision of Young Musicians held in Cologne Germany, and became the youngest finalist in the Eurovision history. Ishkhanov marks this release of Chopin’s works with a return to Carnegie Hall in December 2021.