Concert for Humanity a Timely Success

On November 17th, 2018, over 150 musicians and hundreds of audience members gathered in the South Main Baptist Church in Houston TX for a program that was as thrilling as it was timely and compelling. The Concert for Humanity, put on by the Boniuk Institute’s Arts of Tolerance and its Executive Director Raul Edwards, celebrated the United Nations’ International Day of Tolerance. The works of composers Arthur Gottschalk and Paul English nodded to the rich history of Western arts and culture, offering a positive message in often challenging times. Within the program was a particularly special performance: the U.S. premier of Arthur Gottschalk’s Requiem: For the Living. 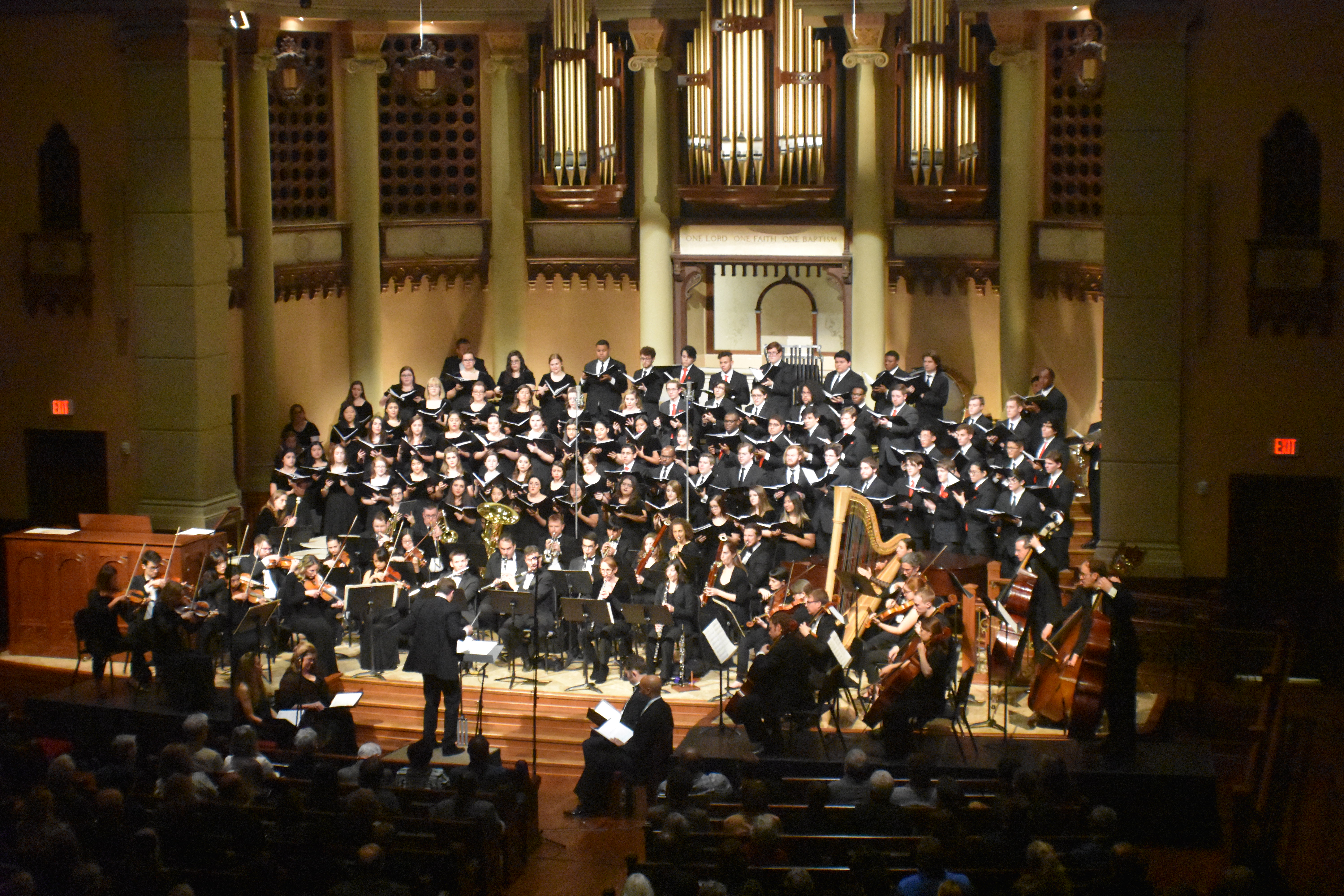 Along with bringing together various performers to the stage, the concert united three universities from across Texas: the University of Houston, Rice University, and Texas A&M at Prairie View. PARMA, who offered support in publicity and merchandise design for the concert, also sent team members, Senior Graphic Designer Ryan Harrison and Audio Assistant Emma Terrell, to Houston to attend the concert. According to Emma, “The program was incredibly versatile, and showcased exactly what Houston is about: a diverse population that actually interacts with each other peacefully.” A particularly special part of the performance was with members of the PARMA family, Axiom Quartet and their composer-in-residence Karl Blench, when they led the performance of Litany in its world premier. 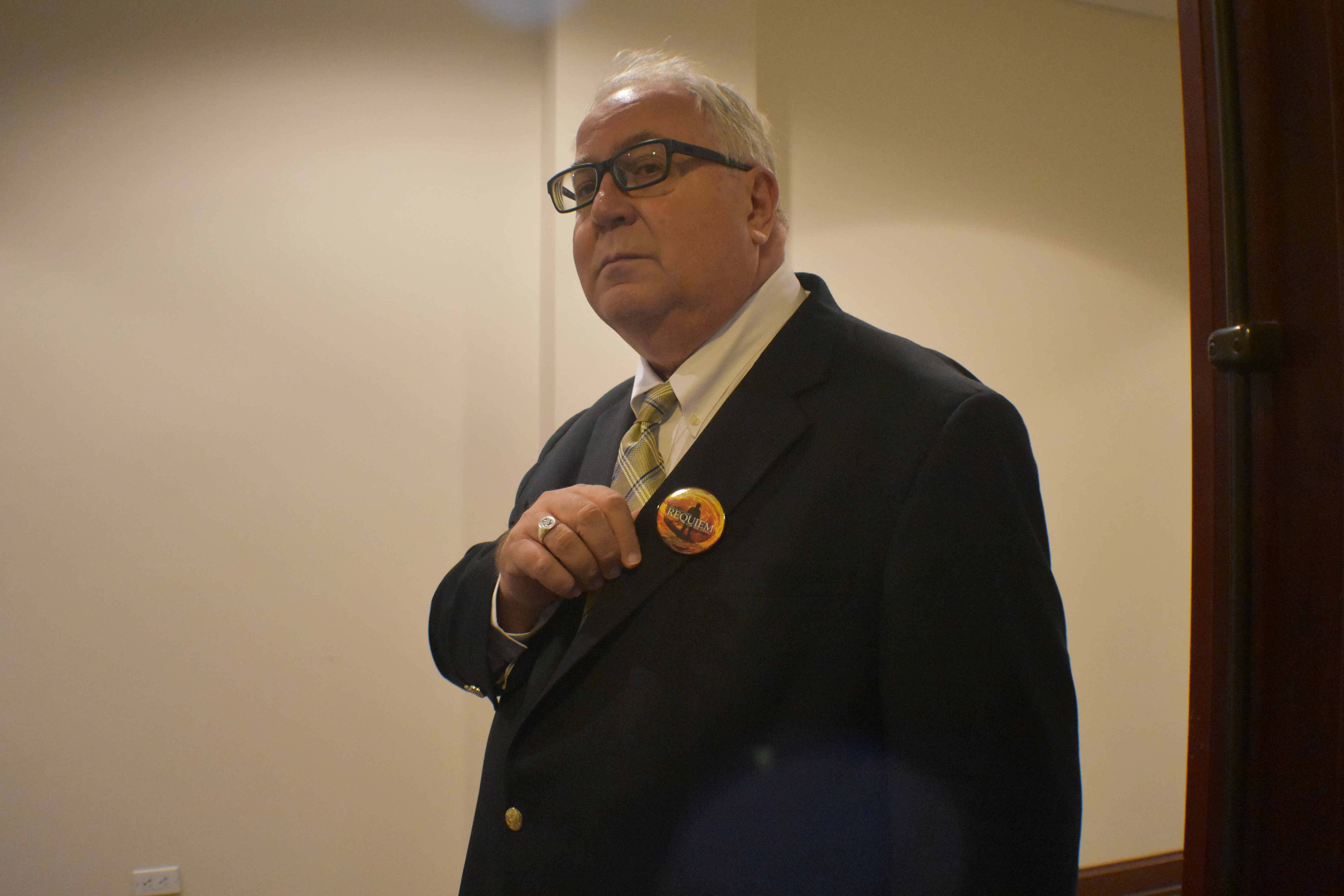 Gottschalk’s pieces, as well as Paul English’s stunning composition The Gospel According to John Coltrane, made a positive impact on the audience, who enjoyed the celebration of unity in an uncertain social climate. They also enjoyed the afterparty, where people such as Gottschalk [above] partook in the merchandise like albums, shirts, and his Requiem button.
In all, the trip to Houston, the concert, and the first season of the Arts of Tolerance, was a timely success, giving the performers and audience something to unite over. 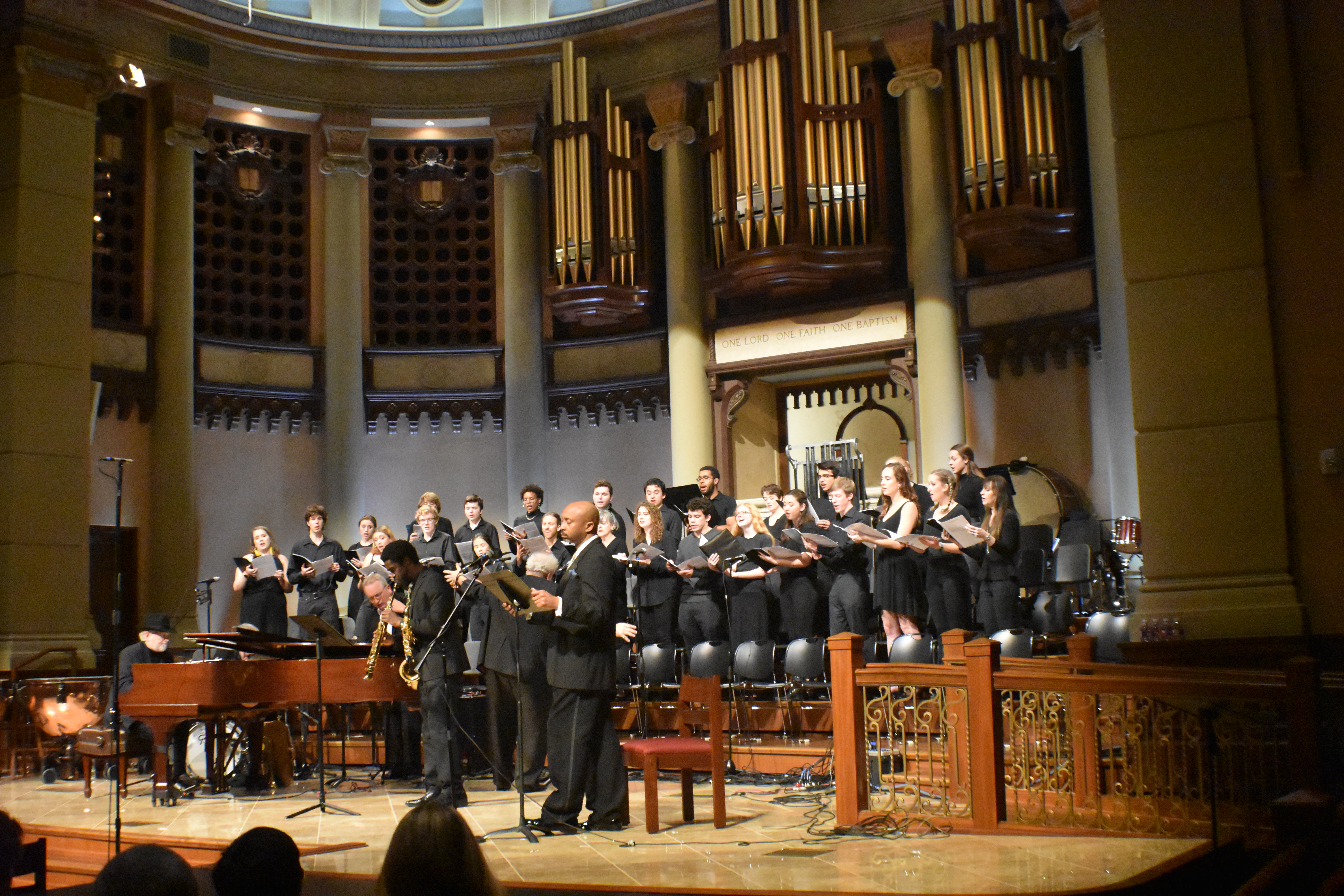